Pictures of the month – February

I met Big Issue vendors James Boan and Billy Lawrence at a church in Dundee when we were covering the tragic story that 12 people had died from drugs overdoses in the month of January alone. They were both on a methadone programme and chatted to The Times over sandwiches and soup made by elderly Christians about the difficulties in shaking off their addictions. You can see easily in their faces that their lives have been a challenge. It was the type of job where one small camera and a simple prime lens would suffice. Any more than that would draw unnecessary attention. 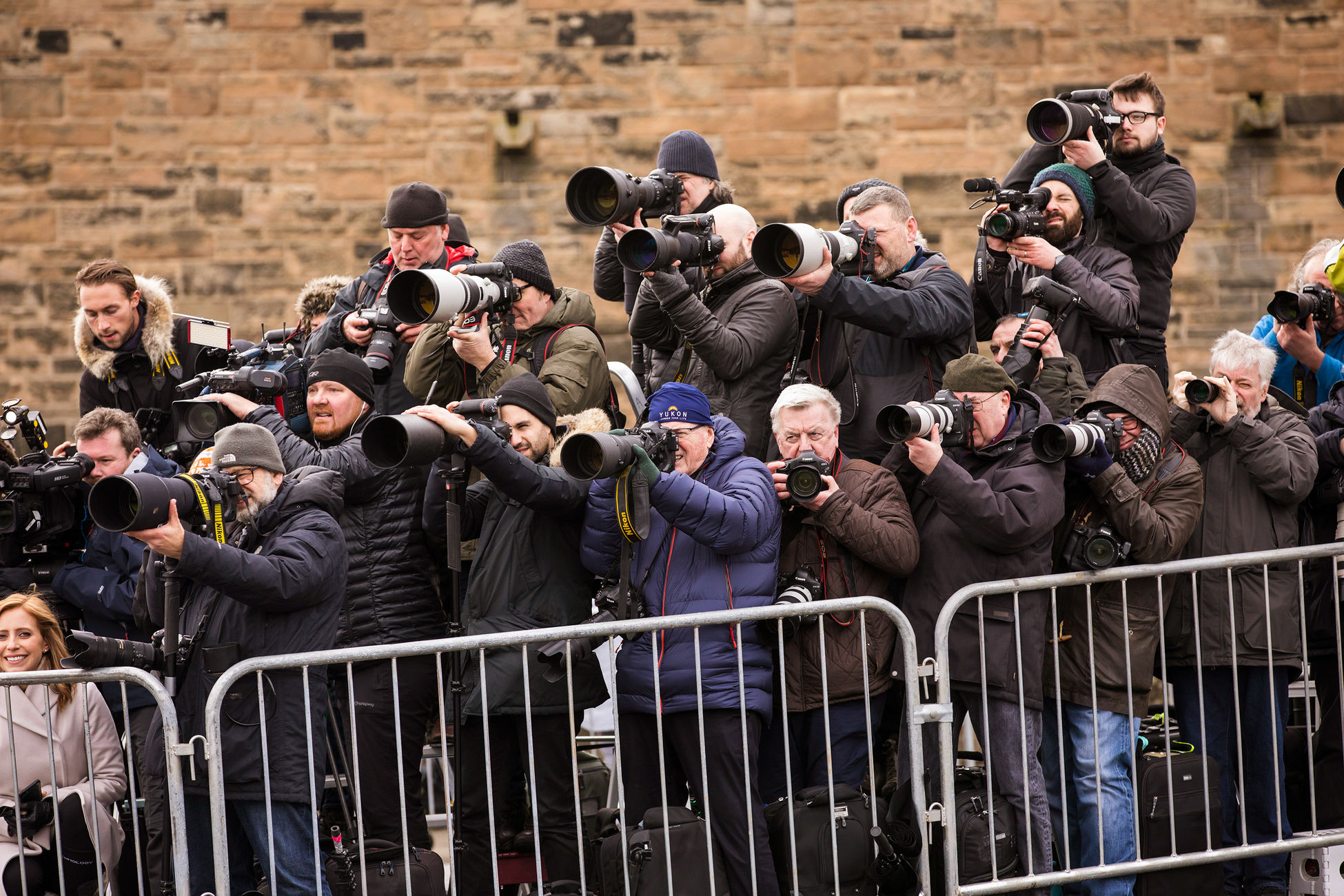 If I’m honest, I don’t really like covering Royal jobs. There is a kind of stupid hysteria and pointless speculation that rises to an unbearable pitch when dozens of photographers gather for these events. Still, it’s part of the job. Here is a picture of the press, and here’s one of Prince Harry and his fiancé looking at a pony. I like the picture of the press more. To me that’s the story – that two people walking along the street generate that much interest. 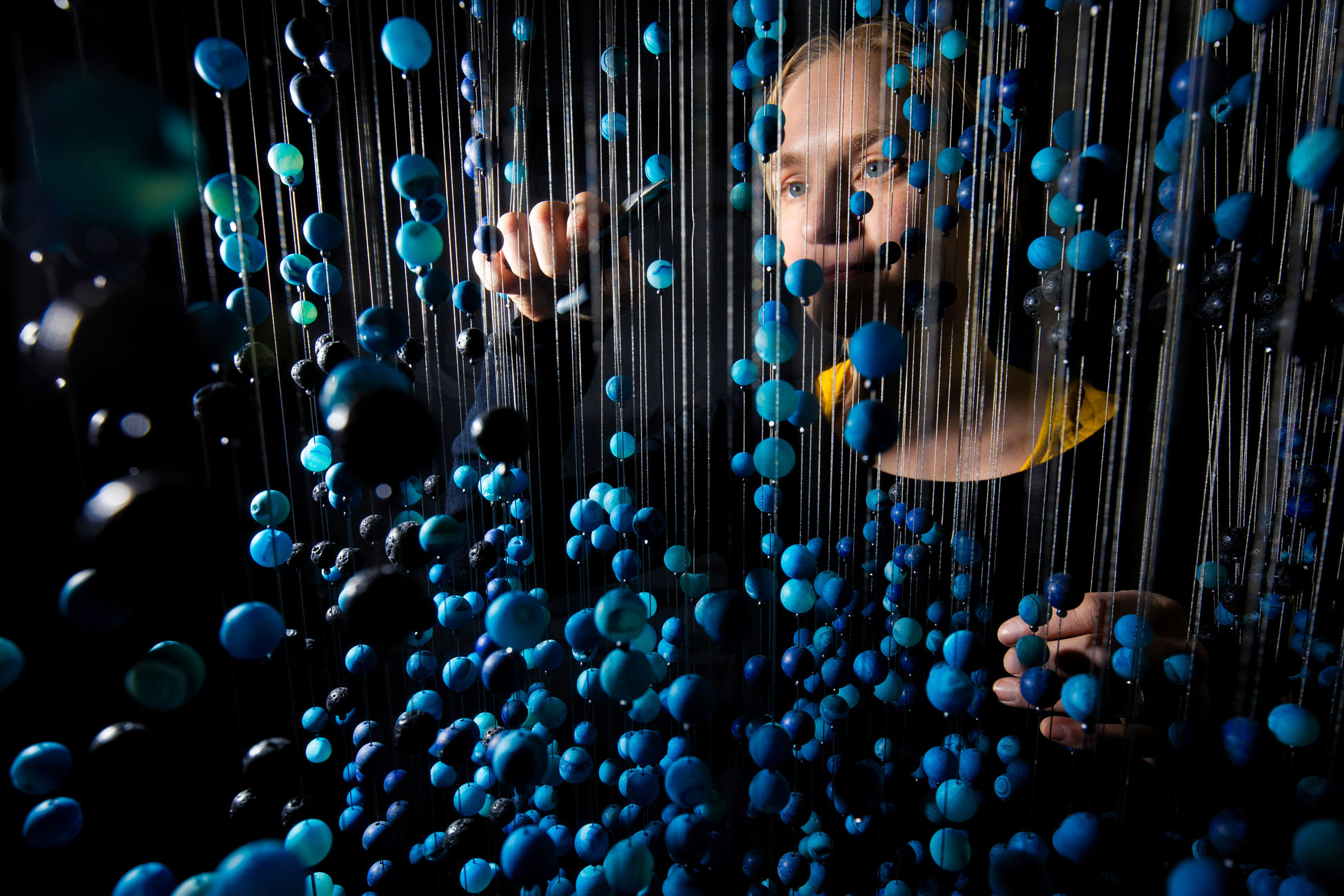 Maja Quille has a team of volunteers working to a computer-generated diagram to make sure that each of the thousands of gemstones in her work of art are in precisely the right position, so that from the right angle you can see the depiction of a door. The work – a commission from Edinburgh University and the Royal Observatory of Edinburgh – is a representation of how a New Town door would appear without the effect of the Higgs Boson particle and uses stones made from lava, lapis lazuli and blue agates. I like the challenge of working with an artist to produce a picture that shows their work in an eye-catching way. This was shot on a 16-35mm lens at 16mm with one Profoto B1, bare and to the left. 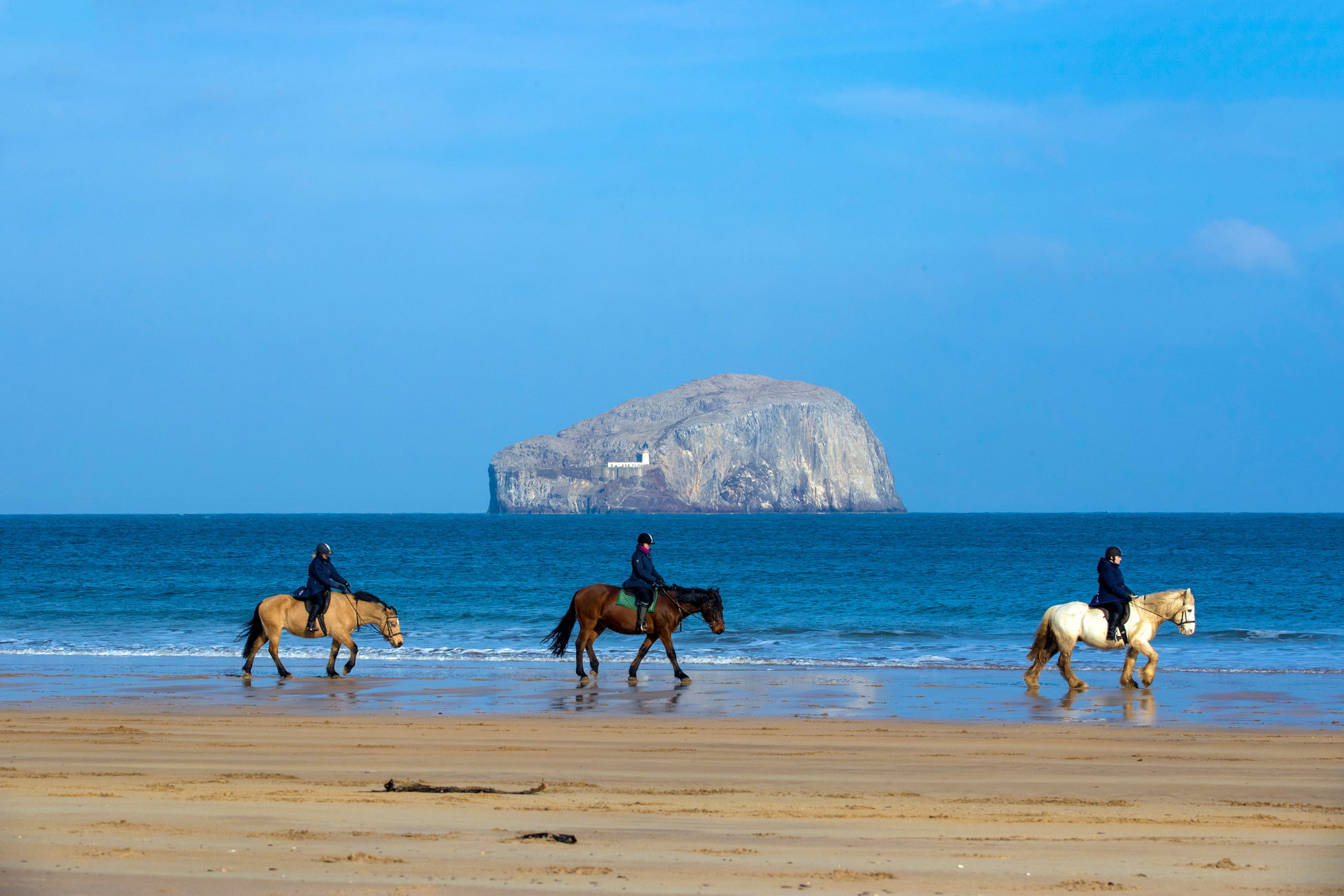 Seacliff Stables provide lessons on the nearby beach almost every Saturday, but I was lucky with the weather last Saturday when I visited them. The skies in East Lothian are huge and it is said to enjoy its own micro-climate, earning nearby Dunbar the nickname “Sunny Dunny”. This was shot on a 70-200 at about 135mm. I like the colours, lines and rule-of-thirds composition.